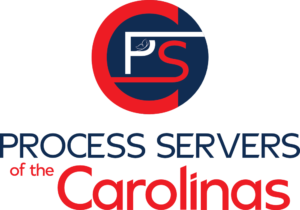 My Start to Private Investigation

My name is Kathy Broom. I’m the owner of Process Servers of the Carolinas. I also work as a Private Investigator for Eagle Eye Investigations Group, LLC. As I sit here trying to figure out what I want to say, I am afraid no one’s going to be interested. But my hope is through this blog people will be able to feel the passion that I have for this profession, and to provide insight for you to understand the private investigation world and see where you could benefit from our expertise. The best place to start in sharing my passion for what I do is to tell the story of how I got into Private Investigation.

For most of my life, I didn’t know I wanted to be a Private Investigator. I didn’t even know I would be a process server. My interest wasn’t piqued until I was 40 years old working in the office for a private investigation group. I was listening to the discussion my coworkers were having one day. There was a man that no sheriff’s office, investigator, or process server had been able to track down and serve. They were trying to come up with a plan to serve him. Without a license there wasn’t much I could do to assist in investigations. But, I could serve someone their papers. I swung around in my chair, and blurted out, “Let me try it!”. To this day, I can’t remember what possessed me to say it. Everyone figured that they had nothing to lose at this point, so they left it up to me. I immediately started to come up with a plan. This man was a real estate agent, so I made an appointment with him, claiming I was looking into buying a house with him.

The day of the appointment, I was extremely nervous. Even though I had made this plan, I had never done anything like this in my life, I had no idea what I was doing. My heart was pounding, and I was shaking. I was led to a hallway, where I was told to sit down. From my seat, I could see a man in his office staring me down. At this point, I had the name of the man I was looking for. I wasn’t given a description. As far as I knew, this guy was him, and he had me figured out.

I turned to my right to see a gentleman approaching me. When he reached me, he said, “Mr. Jones would like for me to speak with you first, he isn’t quite sure what exactly you need. Please follow me to my office.”

I had a stack of folders in my hand to really sell the idea that I was a hopeful client. The man sat down behind his desk and leaned back. “Mr. Jones wasn’t sure about seeing you because you hadn’t told him who had referred you.”

Out of nowhere, I put my hand on my hip in mock frustration. “Sally Smith and Jennifer White both referred me. But if he doesn’t want to sell me a house, I’ll go somewhere else.”

The man immediately jumped out of his chair. “No, no. That’s okay. Let’s go over to the conference room.”

I followed him in. I had no training or experience in process serving, and I just came up with two names on the fly. I had no idea who Sally Smith or Jennifer White were.

As we walked into the conference room, reality quickly sank in. The gentleman left to get Mr. Jones. My heart started to beat harder, to the point where I feel like it will burst out of my chest. The only thought rushing through my head was, Don’t sit down. Don’t let him hover over you. At that moment, in walks Mr. Jones, a man I can only describe as a Slick Willy. The man so elusive, that not even the sheriff could find him, and he was standing right in front of me. As I introduced myself, I looked him over a few times. His black hair was slicked back from his face. He was tan to the point that it seemed fake. He was wearing a gold chain, a suit that looked like it was sewn onto him, and shoes that probably cost more than my car. This man was made of money.

He shook my hand and began to walk around the table. Before he could get to the other side, extended the papers to him and said, “These are for you.” He paused, looking at me with confusion written on his face. I realized that he wasn’t going to take the papers. So, I put them on the table in front of him. “You’ve been served!”. I left the room before he had a chance to react, thrilled that I was finally able to say those iconic words.

Along with the excitement of accomplishing the impossible, I had to remind myself not to turn around and to get out of there! I heard him slam the papers on the table and then come after me. The hairs on the back of my neck stood up as he began to tread on my heels. As I walked all the way to the other end of the hall, he screamed at the back of my head, “I was never here! You never saw me! I never got those papers!” This man is nuts! I thought to myself as I exited the building.

My car was in front of the door, so I hopped right in as he came out and went right. I circled the parking lot a few times looking for the car he got into. But he was gone, right back into the black hole he’d been in before. But regardless, he’d been served, and I was the one to do it. From that day on, I was bitten by the investigation bug. This was the day that started the rest of my life in the best way possible.